Can religious tourism rise from the dead post-Covid-19? 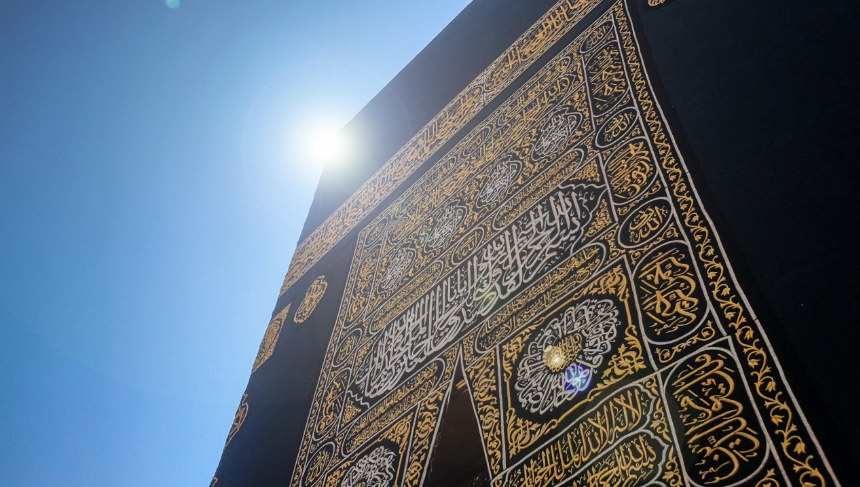 Prior to the pandemic, religious tourism was big business, destined only to get bigger. But not even the pious are exempt from its clutches, with some governments banning pilgrimage altogether and shuttering shrines. After just a handful of pilgrims were allowed to take part in a socially-distanced Hajj, what’s in store for religious tourism?

With tourist boards facing their toughest year yet, airlines seeking subsidies and unemployment in the travel sector skyrocketing, Covid-19 has exposed the extent to which the word’s economy depends on the tourism industry.

When the outbreak first took hold, the fallout for travel companies looked set to be severe. Five months down the line and the UK Government is setting new quarantine rules for Spain, Australia’s borders remain firmly closed and there’s news that Hays Travel (which bought up Thomas Cook shops) has cut almost 900 jobs. The dent of Covid-19 on the tourism industry, which was already in dire straits, looks somewhat irreparable.

Prior to the pandemic, a struggling travel industry was seeking salvation in faith, with each turn around the sun bringing with it an estimated 600m religious and spiritual voyages – of which, 40% took place in Europe and over half in Asia. A mounting interest pre-Covid-19 is reflected in the fact that, last year, a record 347,578 travellers walked the pilgrimage trail to Santiago de Compostela in Spain, stretching the ancient route to capacity, while the annual Arba’een Pilgrimage in Karbala, Iraq attracted over 25 million pilgrims.

“Religious tourism is undervalued,” asserts Lonely Planet writer Tharik Hussain, who tells how it had been growing at an unanticipated scale. “We seem to think we’re becoming less religious but, when you look at the data, religious tourism was on the rise as more and more people go to these sites looking for meaning. And pilgrimages like the Hajj boom because Muslims are becoming more affluent and able to afford travel.”

Covid-19 threw a spanner in the works, however, for the countries depending on that growth trajectory. Iran was emerging as the third fastest-growing tourism destination in the globe in 2019, with 27.9% growth year-on-year. The coronavirus has cut tourists significantly however and the number of people visiting its World Heritage Site Yazd is down by 99%. And while the pilgrimage trail to Santiago de Compostela in Spain last year reached full capacity, after a lengthy lockdown and a now escalating number of cases, those numbers look to be severely cut.

Another country that had big plans for religious tourism is Saudi Arabia. Muslim pilgrims have saddled up camels, boarded boats or set forth on foot for Mecca for over 1,400 years, and these numbers had been climbing. Last year, 1.8 million pilgrims from 160 countries arrived in Saudi Arabia for Hajj while tens of millions more came throughout the year for Umrah. These pilgrimages were worth $12bn to the Saudi economy, which equates to 20% of the kingdom’s non-oil GDP and 7% of total GDP.

As part of a wider plan to pull back from its economic dependency on oil, in September last year it opened its doors to international tourists for the first time. And with big plans for this year’s Hajj, it had set about improving the pilgrim experience by investing in transport and luxury hotels, with the hope that, if done right, Hajj and Umrah revenues could exceed $150bn by 2022.

The Ministry of Hajj and Umrah had also started a pilot where wearable smart cards would scan pilgrims in and out of locations in Mecca, and it had created a 3D virtual version of the Masjid Al Haram mosque so that pilgrims could get to know the location and layout before arriving.

Sadly, the best laid plans often go awry and Hajj 2020 tells a very different tale. Frustratingly for Saudi Arabia, it had to downgrade the money-making festival. And to make matters worse, in April oil prices fell to negative value for the first time in history.

While the government has not released official figures, no Hajjis from outside the country have been allowed to travel to Mecca due to the risk of infection, with estimates that between 1,000 and 10,000 worshippers from inside the country were specially selected and permitted to take part – socially-distanced, of course.

2020 was already set to be the year the tourism industry was put through its paces as established travel companies put plans in place to prevent them from dying on the cross like Thomas Cook. But with no end currently in sight, just how bad the lasting effects of Covid-19 will be are impossible to predict.

If any businesses in this industry can rise from the dead, however, it’ll be those built around faith. It is, after all, a resource unlikely to run out.

Expedia CEO Says Mass Tourism Will Be Back Again by Summer

A Webinar on A New Era: Hospitality Housekeeping

Can travel become less dependent on Google in a post-pandemic world?