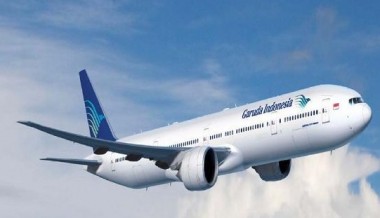 Emirsyah Satar, President and CEO of Garuda Indonesia, said: “The decision to move our hub was made to deliver on our promise to raise the quality of service for our customers and is a key part of the codeshare agreement signed with Etihad Airways in October, a partnership of which we are immensely proud.

“The opening of the Abu Dhabi hub will accommodate passengers who wish to travel to more than 80 destinations served by Etihad Airways in 50 cities in Europe, North America, the Middle East, and Africa.”

The agreement encompasses a codeshare agreement across passenger services including frequent flyer programs and a cooperation across cargo, engineering, maintenance, and airport services.

Etihad Airways passengers will now be connected with Garuda Indonesia’s network of services across the Indonesian archipelago, Asia, Australia, and Japan. Specifically, Etihad will partner on the following routes: Jakarta – Kuala Lumpur, Jakarta – Abu Dhabi, and to major cities in Indonesia, such as Surabaya, Denpasar, Manado, Makassar, and Balikpapan (from Jakarta).

Garuda Indonesia is based in Jakarta at the Soekarno-Hatta International Airport.