Laureates Will Be Honored with International Tourism Awards 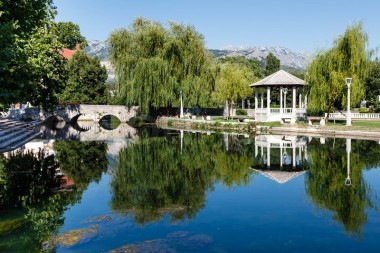 Solin (Croatia) – October 14, 2015 (travelindex) – Laureates will be honored in Solin, Croatia for “Outstanding Merits in the Field of Tourism” and “Life in Tourism”. Laureates will be awarded the “12th International Tourism Award Golden Interstas” at the 22nd INTERSTAS Solin 2015 and 33nd Fest Award – European Turism Award, European Club for Tourism.

The event is held with the support of the Ministry of Tourism, the Croatian Tourist Board, the World and European Federation of touristic journalism, film and sustainable development – FIJET, FEST, ITCO, AEFP / EFE, the sponsorship of the City of Solin, the main host of the event-hotel President in Solin, and under the auspices of the President of Croatia, Mrs. Kolinda Grabar Kitarovic.

At the 22nd INTERSTAS 2015, a total of 138 nominated candidates (individuals, companies or associations) of 22 countries from all around the world; 74 candidates are nominated and 22 LAUREATES are selected among them (10 individual and 12 collective).

Directory of INTERSTAS, Blazenko BOBAN, mayor of Solin, Vojko PLESTINA, Board president, Antonio CONTE, president of FEST and honorary president of our event; based on the submitted candidacies and explanations for every individual and organization, according to the propositions of the award, decided to assign these prestigious international tourism awards. Selected Laureates with their highly creative quality of their work, their projects, development programs, presentation of tourist, cultural, spiritual, etc., programs, and recognition of their individual and collective contributions, directly or indirectly, promote and enhance the development of tourism. It certainly contributes to the prosperity, quality of life improvement, and better understanding among people and nations, and thus confirm the justification of awarding them with one of these prestigious international tourism awards; SPECIAL RECOGNITION, F.E.S.T. ‘2015 Award and GOLDEN INTERSTAS 2015, Certificate – nominated Croatian candidate for the GOLDEN FLOWER OF EUROPE 2016.

At the 18th International Tourism Film Festival – ITF’CRO, from 59 countries from all over the world, we have received 283 films. From 26 countries 63 films are nominated, of which 55 foreign and 8 croatian films. Decision of the International Jury of the Festival, with awards and diplomas for best director, screenplay, music, picture and installation, will be awarded a special prize for the best Croatian film “Baldo Cupic”, and the Grand Prix. – ITF`CRO 2015. Award-winning films will be globally distributed and visible thanks to our media partner, Travelindex.

At the 13th KEA-CRO / competition for the Golden Flower of EUROPE 2016, 5 Croatian cities and villages are competing. Of these 2 are the nominees: City POREC-PARENZO, in the category of cities, and the Municipality of Sveti Martin na Muri in the category of villages.

Certificate KEA-CRO for the “Golden Flower of Europe”, International Tourism Awards, Festival awards and Grand Prix ITF`CRO ‘2015, will be presented at the closing ceremony at the Hotel President Solin, Friday, 13 November 2015, at 7PM.

We welcome all laureates to the International Club of Merited in tourism development.

Throughout the manifestation at the entrance on the Festival will be working InfoINTERSTAS spot.

Tourist services: For all necessary tourist information and accommodation services please contact FIS TOURS services. Prior to Manifestation at FISCALIS d.o.o., during Manifestation at the organizer tourist office.

Residence Inn by Marriott Debuts in Colombia, Offering Upscale Living in the Heart of…