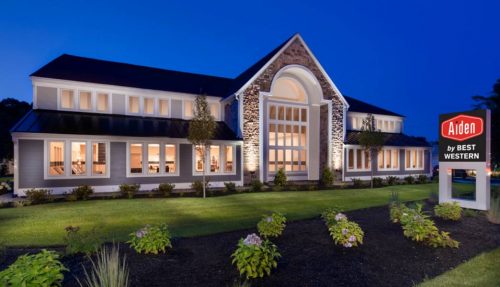 Phoenix, Arizona, United States, December 5, 2020 / TRAVELINDEX / For more than 60 years, Best Western Hotels & Resorts was a single brand, and only started to add descriptors like Premier and Plus to certain hotels in 2010. Ten years later, the company now has 18 distinct brands covering a broader spectrum of the economy, midscale and upscale sectors. The new brands are now driving the company’s growth, and nearly half of the upcoming properties flying these nascent flags will be in the boutique category.

“Experiential hotels [have] found a niche inside this country, across North America and probably the world,” said Brad LeBlanc, BWHR’s SVP and chief development officer. ”This whole shift to boutique—shift to customers wanting something different, wanting something local, wanting a place to hang out and enjoy friendships, etc.—has really accelerated not only in the urban markets, but the suburban markets.”

“We started these plans about four or five years ago,” said BWHR President & CEO David Kong. “We know we have to constantly find new ways to enhance the image of Best Western and convey that we are a fresh, contemporary and exciting brand. We just can’t rely on the same customers year upon year; we have to reach out and grow our customer base and expand it to include the younger generation. We’ve always fared well with the boomers and the seniors, but we have a need to tap into the millennial set, the up-and-coming generation of travelers.” The next generations of travelers are rapidly dominating the market, LeBlanc added, and hoteliers need to adjust to the new demands: “They want an experience and they’ll pay for it.”

The company moved into the new-construction boutique space with Vib and then expanded with the Glo brand. “And shortly after we understood that there’s huge demand for conversion,” Kong said. “If somebody is going to spend money on a renovation—whether it’s to keep up with brand standards of other brands, or somebody bought a hotel [and] they just want to reposition it—why not create two conversion boutique brands so people can use them to reposition their assets and thereby increase the average daily rate and reach out to a new clientele base?”

The Sadie and Aiden brands, launched in 2018, were the result. “We want each one of them to be distinctly different, and we want each one of them to capture a local flavor,” Kong said. Through the four products, he added, the BWHR team created “combinations of opportunities” for developers, allowing owners to take portions of one prototype or brand standard and apply it to a property flying a different flag. “We are basically offering a lot of options and more customization for the developers that may be interested in a boutique hotel approach,” Kong said.

And while the company has gained ground in the conversion space, LeBlanc was quick to emphasize that they do not use the term “conversion” when discussing boutique properties. “We use the word ‘reimagining,’” he said, since the process is about recreating the asset into something that will yield assets for an owner or developer for years to come.

The benefit of conversions over new builds is in the speed to market, LeBlanc said. “A new build will take years and … in a down cycle like this that we’re experiencing today, reimagining of an older product is an incredible way to go.”

Similarly, Kong said, banks are “very reluctant” to lend for new construction projects. “So conversion is the way to go for, I think, at least the next couple of years,” he said. “To have these conversion opportunities that are really about repositioning the asset, to enable a high return on investment through high occupancy is a very attractive value proposition.”

Best Western’s new brands—including the four boutique brands, the BW Premier Collection and BW Signature Collection soft brands and the 4-year-old economy SureStay brand—have grown to reach 40 percent of the company’s pipeline, and Kong expects the number of hotels to double or even triple over the next three to five years. Approximately 17 Vib properties are in the North American pipeline, and Kong estimated in October that by the end of 2020, the company would have more than 360 SureStay hotels open globally.

“Right now, there are a lot of assets in distress, and so there will be some changes in ownership,” Kong said. “And there are some people that are very unhappy with their current franchisor, and they are thinking about switching.” The company, Kong said, has offered a “very comprehensive relief package” for members, with fee reductions, guidance on new operating standards, assistance with governmental relief programs from Paycheck Protection Program loans to emergency disaster relief funds and others. Kong expects this support to attract new owners as they seek new opportunities for conversions.

LeBlanc sees a long-term shift in development as the pandemic continues changing travel demand. For example, he said, hotels in suburban markets may continue to see higher occupancy as leisure travel continues to dominate the sector. “I’m already seeing an appetite of developers saying, ‘Hey, look, I want to take what I was going to do in urban America out to the suburban markets.’ And soon, it could even infiltrate the secondary markets.” With that in mind, LeBlanc expects boutique brands to gain ground in Middle America as travelers keep away from urban hubs. “This, for Best Western, is an advantage,” he added. “We’ve historically always dominated the secondary and tertiary markets around this country, but that’s also an opportunity for us to walk back in to some of these urban markets that have distressed assets.”

The company will look to add rooms in secondary and tertiary markets, he said, but will also now have better chances to acquire rooms in prime urban areas that had been previously unavailable. “Because of this distressed asset pricing, we can get in,” he said. “So it’s a win-win for this company.” And with assets available at very low prices right now, he added, developers will be able to rethink and reimagine what a property will be for the next 20 years.