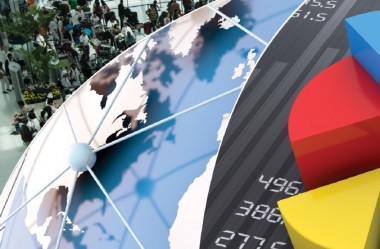 Bangkok (Thailand) – November 20, 2014 – The Pacific Asia Travel Association (PATA) is pleased to announce that the Annual Tourism Monitor (ATM) 2014 Final Edition is now available. Following the release of the Early Edition this year, the Final Edition includes updated and additional tourism-related information for 2013 that was not available in the Early Edition, as well as a 2014 year-to-date overview of tourism trends across the Asia Pacific region.

PATA CEO Mario Hardy commented that “This report, in addition to the PATA Asia Pacific Visitor Forecasts 2014-2018 released earlier this year and PATAmPOWER, provides all of us in travel and tourism a robust view of the industry. These are indispensible tools to assist those making important decision for allocating their resources in the future.”

Highlights of the ATM 2014 Final Edition include:

For more information on this Annual Travel Monitor 2014 and the wider suite of reports, please contact the Publications Unit at publications@PATA.org.

About PATA
Founded in 1951, the Pacific Asia Travel Association (PATA) is a not-for profit association that is internationally acclaimed for acting as a catalyst for the responsible development of travel and tourism to, from and within the Asia Pacific region. The Association provides aligned advocacy, insightful research and innovative events to its member organisations, comprising 90 government, state and city tourism bodies, nearly 30 international airlines, airports and cruise lines, 57 educational institutions, and hundreds of travel industry companies in Asia Pacific and beyond. Thousands of travel professionals belong to the 43 local PATA chapters worldwide. The chapters organise travel industry training and business development events. Their grassroots activism underpins PATA’s membership of the Global Travel Association Coalition (GTAC), which includes ACI, CLIA, IATA, ICAO, WEF, UNWTO and the WTTC. The PATAmPOWER platform delivers unrivalled data, forecasts and insights from the PATA Strategic Intelligence Centre to members’ desktops and mobile devices anywhere in the world. PATA’s Head Office has been in Bangkok since 1998. The Association also has official offices or representation in Beijing, Sydney, Dubai, London and New York. Visit www.PATA.org.