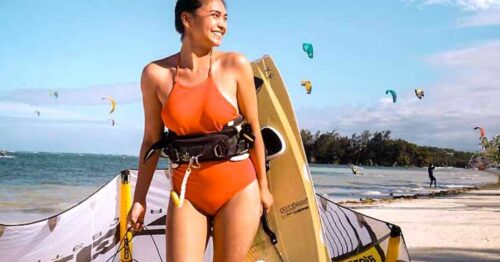 At just 12 years old, activist Melati Wijsen founded Bye Bye Plastics – a global movement powered by youths around the world to end the use of plastic bags, and in 2018 alongside her sister, was named one of the “World’s most influential teens” by Time magazine.

Taking place in Manila, Philippines from 20-22 April, the global tourism body’s highly anticipated 21st Global Summit is the most influential Travel & Tourism event in the calendar.

Industry leaders will gather with more than 20 government representatives in Manila, to continue aligning efforts to support the sector’s recovery and move beyond to a safer, more resilient, inclusive, and sustainable future.

South Korean politician Ban Ki-Moon who served as the eighth Secretary-General of the United Nations between 2007 and 2016, will also address delegates virtually at this prestigious event.

Also taking to the stage at the Global Summit will be the Tourism Ministers from around the world including Spain, Saudi Arabia, South Africa, Thailand, Japan, Maldives, and Barbados amongst others.

Julia Simpson, WTTC President & CEO, said: “We are delighted to have such influential speakers already confirmed for our Global Summit in Manila.

“Melati is an inspiration to us all. A real changemaker, who from such a young age, has been instrumental in raising awareness of the damage caused by plastic and has inspired young people around the world to lead change.

“After more than two years, the region is perfectly positioned to post the losses caused by the pandemic. WTTC’s Global Summit will act as a catalyst to drive forward the recovery of a sector that is critical for both the economy and jobs.”

Bernadette Romulo-Puyat, Philippine Tourism Secretary, said: “Preparations are underway to ensure the success of WTTC’s Global Summit in Manila, which serves as the light at the end of tunnel following a long period of darkness for global tourism.

“It is heartening that these inspiring individuals have joined our efforts to bring the industry onward to full recovery” Puyat added.

More speakers will be announced over the coming weeks.

The WTTC Global Summit is taking place in the Philippines at a time when the country and the region begins to recover from the pandemic and will showcase the importance of Travel & Tourism in the region.

According to the research, the sector’s contribution to the region’s GDP could reach USD 2.9 trillion, near pre-pandemic levels, while employment could reach over 190 million jobs, surpassing 2019 figures and providing an additional five million jobs to the sector.

To reach close to pre-pandemic levels this year, WTTC says governments across the region and around the world must continue focusing on the vaccine and booster rollout – allowing fully vaccinated travellers to move freely without the need for testing.

In the last little while we’ve offered Dolly, the Bee Gees, and the “adult…

When Tourism Australia came to Toronto recently their message was clear –…

THE GREAT REBALANCING: Travel overcomes ‘bumps’ on way to recovery

After a turbulent two years, new research from the Mastercard Economic…
Prev Next 1 of 681
Sign in / Join
Sign in