WE’RE NUMBER ONE: Canada is the world’s relocation destination of choice

The events of 2020 have led to a range of different searches people have been making on Google, from how to bake soda bread to a variety of indoor workouts. However, there’s also been an increase in searches of an altogether more life-altering scale, as more and more people have considered their options for moving abroad. For example, there has been a 29 percent increase in global Google searches for ‘how to move abroad’ from January 2020 to October 2020 alone.

But where are the most popular destinations for people looking to live overseas?

Are people looking for warm weather and sandy beaches, or is a solid health system, good economy and welcoming attitude more important?

Financial services provider Remitly has revealed that Canada is the number one location people are looking to relocate to, having topped the wish-lists of 30 other countries.

Remitly looked at global search data from Google to find the country most popular with the inhabitants of other countries. They did this by ranking average monthly search volume for phrases commonly associated with researching a move abroad, with the most searched for location within every country topping their specific rankings.

Canada, known for its friendly locals, beautiful scenery and well-paid job prospects, proved a clear favourite for everywhere from Qatar and the Seychelles, to the United Kingdom. The Great White North takes the UK’s top spot above Australia, another popular country for British immigrants, and Japan, which ranked as the second most searched relocation destination overall.

Globally, Spain followed as the third most popular country for people looking to emigrate, while the USA squeezed in at joint 9th place, with Norwegians and Russians favouring a move to America above any other location. The United Kingdom meanwhile, was discovered to be the destination of choice for movers from Japan and Saint Lucia.

Where the World Wants to Move: Top 10 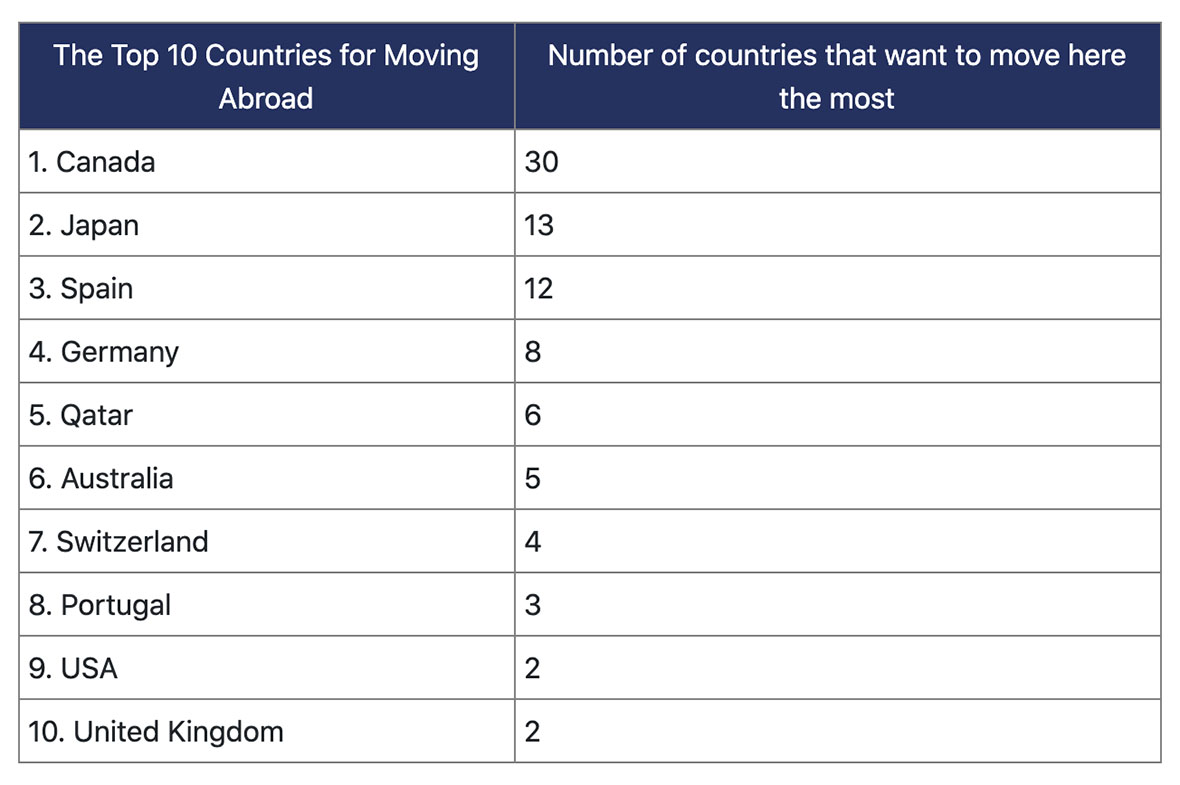 Featuring prominently in the Global Peace Index as one of the safest places to live, and boasting low unemployment rates alongside a high amount of immigration options, it’s arguably no surprise that Canada is head and shoulders above the rest of the world. The country has even more appeal to the likes of web developers, engineers and nurses too, with Canadian employers currently having a high demand for these professions.

However, Canadians themselves were found to be angling for a move to second placed Japan, yet another country known for its stunning scenery, safety and vast array of job opportunities.

The full findings have been compiled into a map, with each relocation hotspot highlighted over the country its most popular with.Click on image for the maps and full report. 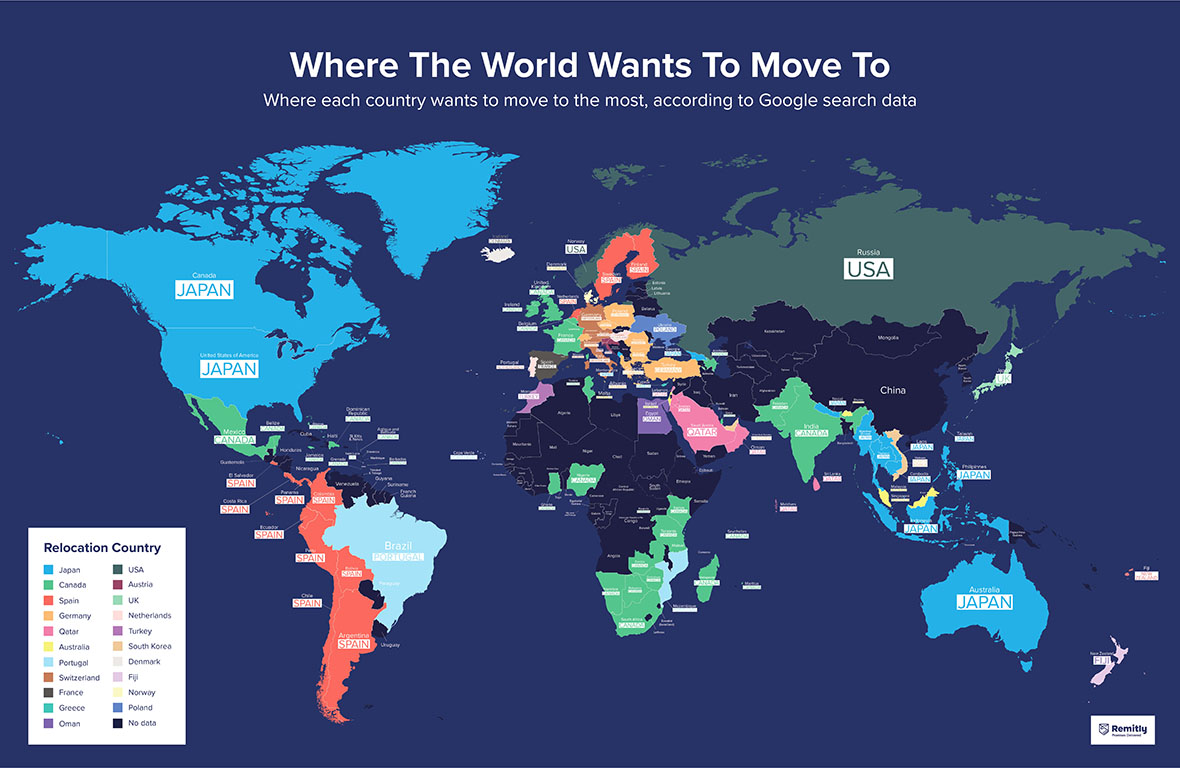 PUBS, PATIOS & BARS: The Lit Lounge: How life should be!