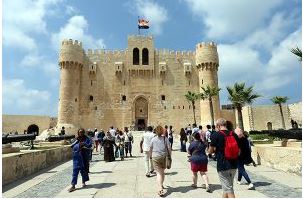 Cairo (Egypt ) – March 27, 2019 (travelindex.com) – Last year saw strong growth for Egyptian Travel & Tourism as it became the fastest-growing country in North Africa, growing by 16.5% – second only to Ethiopia when reviewing the whole continent. This is according to new research by the World Travel & Tourism Council, which represents the global private sector of Travel & Tourism.

This growth has been linked to the improved security infrastructure, which has helped to attract international visitors back to Egypt’s shores, and has allowed major travel companies to restart operations in popular destinations such as Sharm el Sheik.

This follows a year of record growth in 2017, which saw a Travel & Tourism growth rate of 54.8% in the country.

Egypt’s Travel & Tourism sector now contributes EGP 528.7bn and supports 2.5 million jobs. This means that more than one in ten of all travel jobs (24 million) in Africa are located in Egypt.

Although the sector has not yet fully recovered to pre-crisis levels, the size of the Egyptian travel economy in 2018 (USD$29.6bn) is the healthiest it has been since 2010.

For over 25 years, WTTC, which represents the global private sector of Travel & Tourism, has compared the Travel & Tourism sector across 185 countries. The 2018 research shows that:

In November, Egypt’s Minister for Tourism, H.E. Dr. Rania Al-Mashat, spoke at a WTTC panel highlighting the importance of Travel & Tourism as a job creator, explaining that in Egypt the travel sector is a “job multiplier”. That is, for every job directly created in tourism a further three are supported.

Inclusivity is also central to Egypt’s Minister for Tourism, H.E. Dr. Rania Al-Mashat’s strategy who hopes to translate the sector’s growth into enrichment by “creating at least one opportunity for one person in every household in the country”.

Dr. Rania Al-Mashat added that the Ministry of Tourism has launched a policy framework, the Egypt—Tourism Reform Program, designed to implement structural reforms that unleash the potential of the sector by strengthening Egypt’s competitiveness and are in line with international standards.

She also highlighted the new government investments in projects related to cultural heritage, the largest being the GEM, the Grand Egyptian Museum that is scheduled to be open in 2020. The USD 1 billion dollar GEM is the only museum with the pyramids as the backdrop and will include the full collection of Tutankhamen.

WTTC President & CEO Gloria Guevara celebrated the results, “We are delighted to see the strong recovery of the Egyptian travel sector – a sector so crucial to national economic growth and a key provider of jobs.

“WTTC also acknowledges H.E. Dr. Rania Al-Mashat’s prioritisation of the sector and strategy to use the sector to enrich citizens and spread the benefits of Travel & Tourism across the country.”

WHEN IN ROME, AND FLORENCE