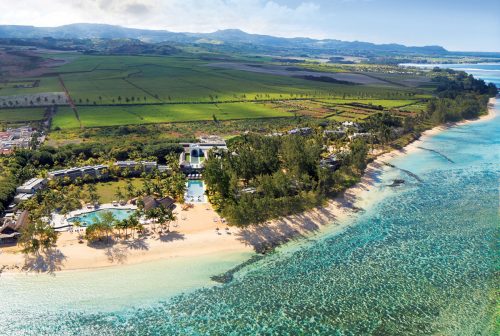 Bel Ombre, Mauritius, April 18, 2021 / TRAVELINDEX / The Outrigger Mauritius Beach Resort is positioning itself as the most practical resort in Mauritius from which to explore the ecotourism attractions of the ‘wild’ south of the island.

The resort is on the doorstep of the original Bel Ombre and Macchabee nature reserve, which was declared a sanctuary in 1960 and later became part of the spectacular Black River Gorges National Park, a unique 6574 hectare biosphere comprising steep waterfalls and forested slopes rising up to Little Black River Peak at 827m, the tallest on the island.

The mountains and valleys of the southern massif reach down into an aesthetically pleasing tapestry of plantations, lagoons and mangrove reserves, adjoining coral reefs and offshore islands, many of them bio-reserves in their own right, such as Ile aux Aigrettes.

Outrigger Mauritius offers ten ecotourism experiences across the whole south of the island for ecotourists to get to grips with the amazing biodiversity and ecological history of the Indian Ocean island.

“From the 17th century onwards, Dutch, French and British colonialists had a massive impact on the island’s flora and fauna,” says Cyrille Carmona, General Manager of the Outrigger Mauritius Beach Resort. “There have been many intended and unintended consequences.”

On the debit side, species extinction was caused by invasive alien species, loss of habitat and over exploitation. The island’s ebony was highly prized and the last dodo bird was wiped out by Dutch settlers around 1662.

Since then about 100 species of plants and animasl have become extinct, including the Saddle Back Tortoise (hunted for its meat), Small Mauritian Flying Fox, the Blue Pigeon and Mauritian Goose, in total 10 animal species. Rats, accidentally introduced by settlers, decimated the local reptile population, notably the Giant Skink.

Some 21 animal species have been introduced, such as wild pig, macaque, Madagascar gecko, Indian myna bird and the common rat.

In addition, more than 1675 plant species have been — accidentally or deliberately — introduced from around the world, 20 of them aggressive, including Chinese Guava, Privet and Liane Cerf.

However, since the 1970s, conservation efforts have had a benign effect. The endangered Mauritius Kestrel, Pink Pigeon and Echo Parakeet all look like they will survive, as will the Orange-Tailed Skink.

Eleven native bird species still survive. Some 50 offshore islets also play an important conservation role. Invasive species can’t reach them. Or can be eradicated if they do.

In all, there are today 10 endemic protected nature sites across Mauritius, most of them in the south. All are all open to the public.

“We can arrange guides for guests who want to learn about flora and fauna — or just get out and about on a forest hike or an electric bicycle ride and enjoy nature at its best,” says Carmona.