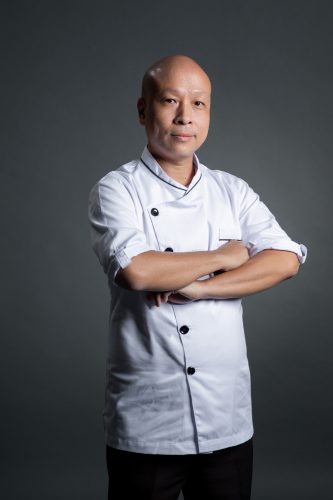 Chiang Mai, Thailand, September 1, 2021 / TRAVELINDEX / Meliá Chiang Mai has welcomed an executive chef and director of food and beverage who bring more than four decades of combined experience to the new urban hotel slated to open December this year.

Equipped with 27 years of hospitality experience, Chutinthratip comes to the hotel’s pre-opening team after working as the executive chef at Hotel Nikko Bangkok, Rayong Marriott Resort & Spa, and Courtyard by Marriott Bangkok. He was also an executive sous chef for SkyCity Auckland Entertainment, managing VIP and gaming restaurants, as well as Renaissance Ratchaprasong Bangkok Hotel.

Nine of Abiang’s 16 years in the hospitality industry have been in hotel management with Meliá Hotels International. Prior to his appointment at Meliá Chiang Mai, he was the executive assistant manager at The Reed Hotel Managed by Meliá and the F&B manager at Meliá Ba Vi Mountain Retreat in Vietnam. He also worked at Meliá Hanoi as assistant F&B manager as well as a banquet manager and bar manager.

After completing a Bachelor of Science with a double major in tourism management and hotel and restaurant management at Baguio City in the Philippines, Abiang started his career as a bartender at Hanoi’s Press Club. He has also been a restaurant supervisor and manager at My Way Café and Lounge in Hanoi and an operations manager in Au Lac Do Brazil Restaurant in Ho Chi Minh City.

“With Billy’s wealth of experience at an impressive list of luxury hotels, working in many a pre-opening team, and Jay’s rich knowledge of the Meliá brand and its Mediterranean food concept, we are well positioned to launch Meliá Chiang Mai’s dining landscape during these unprecedented times,” said the hotel’s general manager Edward E. Snoeks.

About Meliá Hotels International:
Founded in 1956 in Mallorca (Spain), Meliá Hotels International operates more than 380 hotels (portfolio and pipeline) throughout more than 40 countries, under the brands Gran Meliá Hotels & Resorts, Paradisus by Meliá, ME by Meliá, Meliá Hotels & Resorts, INNSiDE by Meliá, Sol by Meliá and TRYP by Wyndham. The Group is one of the leading companies in resort hotels worldwide, while also leveraging its experience to consolidate the growing segment of the leisure-inspired urban market. Its commitment to responsible tourism has led the Group to become the most sustainable hotel company in Spain and Europe in 2020, according to the SAM Corporate Sustainability Assessment (CSA). It also has ranked seventh in the Wall Street Journal’s list of the 100 most sustainably managed companies in the world (and the leading travel company) and is the only Spanish travel company included in the list of “Europe’s Climate Leaders 2021” by Financial Times. Meliá Hotels International is also included in the IBEX 35 Spanish stock market index and it is the Spanish hotel leader in Corporate Reputation (Merco Ranking).