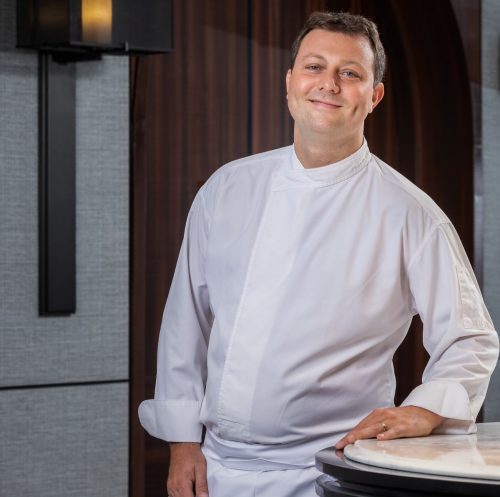 The British national has worked in some of the world’s top kitchens and hotels and brings more than two decades of culinary experience to Hyatt’s first property in the Cambodian capital. Located in the heart of Phnom Penh, the 247-room hotel is scheduled to open its doors in the first quarter of 2021.

Bias will oversee the operations of all five food and beverage outlets, including the hotel’s two main dining venues FiveFive Rooftop Restaurant & Bar and Market Café Restaurant & Lounge, while upholding Hyatt’s commitment to sourcing the most sustainable and seasonal products from Cambodia by working with local farmers, growers and distributors.

“I’m looking forward to showcasing my passion for cooking with fresh, natural and locally produced ingredients to create inspirational dining experiences for our guests,” said Chef Bias who has worked in Cambodia twice before. “Phnom Penh’s F&B scene is quickly maturing and through the hotel my goal is to put the city’s culinary offerings on the map.”

Prior to joining Hyatt Regency Phnom Penh, Bias was the executive chef at Amankora in Bhutan for two years.

In 2017, Bias joined the W Bali as Director of Culinary where he oversaw operations at the hotel’s modern grill restaurant, FIRE. Bias’ global culinary journey has seen him work at a number of luxury hotels and resorts across the Middle East and Asia, including The Chedi in Muscat, Atlantis The Palm in Dubai as well as Belmond La Résidence d’Angkor in Siem Reap where he spent two years as executive chef.

Growing up in a country pub in Marlow on the River Thames, Bias discovered his passion for cooking when he started to help his mother around the kitchen. Bias trained under several Michelin-starred chefs in the UK, including Swiss chef and restaurateur Anton Mosimann and celebrity chef Gary Rhodes before embarking on his international culinary journey in 2005.

Hyatt Regency Phnom Penh is committed to ensuring the highest level of health and safety compliance when the hotel officially opens next year. Examples include daily temperature checks for all staff, mandatory face coverings for staff and guests in all indoor public areas of the hotel, socially-distanced seating arrangements in F&B outlets and recreational facilities, contactless check-in and check-out service as well as regularly updated health and safety training protocols for staff. Guests will also be given complimentary personal protective equipment kits containing premium masks, alcohol wipes and other comfort supplies upon arrival.

Kingdom of Saudi Arabia and Thailand to Normalise Relations