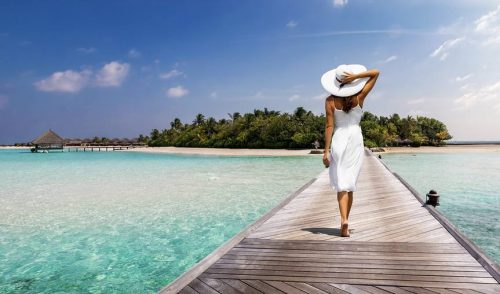 Zurich, Switzerland, December 24, 2021 / TRAVELINDEX / ASMALLWORLD AG will acquire a 10% stake in the parent company of Global Hotel Alliance, the world’s largest alliance of independent hotel brands with over 800 hotels, and will join the company’s Board of Directors. This strategic investment opens up new revenue streams and is expected to significantly expand ASMALLWORLD’s earning potential over the next few years. ASMALLWORLD will support GHA in the delivery of its recently re-launched loyalty programme GHA DISCOVERY, which will expand to more than 20 million members in 2022. The loyalty programme’s highest spending elite members will receive complimentary access to the ASMALLWORLD social network which should double the size of the social network by the end of 2022. In addition, ASMALLWORLD will receive the right to recruit independent hotels to join the GHA hotel portfolio under a newly created ASMALLWORLD soft brand.

ASMALLWORLD and GHA are expanding their long-standing collaboration in the form of a strategic partnership. ASMALLWORLD will support GHA with the delivery of its relaunched hotel loyalty programme GHA DISCOVERY. As part of the partnership, GHA DISCOVERY will offer its elite tier members (those customers who have earned the highest membership levels), access to the ASMALLWORLD social network free of charge. This will allow GHA DISCOVERY elite members to enjoy all the benefits of the ASMALLWORLD travel and lifestyle network, which is expected to increase customer engagement, ultimately leading to more hotel bookings for the alliance’s hotels. Under the terms of the partnership, both parties are incentivised to grow each other’s revenue base. ASMALLWORLD expects that the new customers from this partnership will double the member base in 2022.

When NH Hotel Group is integrated into the alliance in 2022, GHA will be a network of 40 independent hotel chains with over 800 hotels in 100 countries, sharing a common loyalty platform. GHA DISCOVERY’s hotels include internationally renowned luxury brands such as Kempinski, Anantara, Corinthia, Pan Pacific, Capella and Nikki Beach. GHA DISCOVERY is the world’s largest loyalty programme for independent hotel brands. When NH Hotels Group merges its NH Rewards loyalty programme into GHA DISCOVERY in mid-2022, then GHA DISCOVERY will have more than 20 million members.

The GHA DISCOVERY programme allows members to collect and spend rewards across the entire GHA hotel network. Based on the number of stays, nights or spend per year, members may also obtain one of multiple status levels, which offer additional hotel benefits such as room upgrades and faster earning of rewards.

Initially, ASMALLWORLD will provide access to its services for GHA DISCOVERY’s elite tier members and support GHA with the delivery of the programme. The companies will also offer additional ASMALLWORLD products and services to the entire GHA DISCOVERY customer base.

In addition to the core partnership, the companies will also work together to expand GHA’s hotel portfolio. As part of the agreement, ASMALLWORLD has received the mandate to recruit independent hotels for GHA, and the brand “ASMALLWORLD” will be added to GHA DISCOVERY’s hotel brand portfolio as a soft brand. Going forward, newly-recruited independent hotels can then join GHA’s hotel network under the ASMALLWORLD brand.

To highlight the strategic aspect of this long-term cooperation, the two companies have entered an agreement under which ASMALLWORLD has committed to acquire a 10% stake in GHA Holdings Limited (“GHA Holdings”), the group holding company of GHA. The purchase price for the stake is USD 3.5 million in cash plus a 3% share of ASMALLWORLD AG. The ASMALLWORLD shares used for payment will be either existing or newly created shares. As the purchase price is being paid partly in shares, GHA will also become a shareholder of ASMALLWORLD AG. The closing of the transaction is scheduled for March 2022.

The enhanced partnership and strategic investment open up multiple new revenue streams for ASMALLWORLD. Most importantly, the company will be rewarded on spend generated by members signing up through the partnership. In addition, ASMALLWORLD will have the opportunity to sell additional products and services to this valuable customer group, once they become part of the ASMALLWORLD social network. GHA and ASMALLWORLD also plan to offer various ASMALLLWORLD products to the more than 20 million non-elite GHA DISCOVERY members which will create additional sales from GHA’s large member base. Together with these new revenue streams, and its stake in the future growth of GHA, this investment is expected to significantly expand ASMALLWORLD’s earning potential over the next few years and further accelerate its profitable growth.

ASMALLWORLD will have a seat on GHA’s Board of Directors

“This strategic alliance between ASMALLWORLD and GHA opens up new opportunities for both companies. GHA can now offer its most valued customers direct access to the ASMALLWORLD network and ASMALLWORLD will be able to offer its core products to members of the GHA DISCOVERY programme, and in particular their highest-spending elite tier members. We will also help GHA to drive incremental sales through these customers. GHA will also offer ASMALLWORLD’s services to the entire GHA DISCOVERY’s 20-million-strong membership base, which will greatly increase our reach and sales potential,” comments Jan Luescher, CEO of ASMALLWORLD.

GHA’s CEO, Chris Hartley, added “our long-standing partnership with ASMALLWORLD has been very successful and has highlighted the close synergies between our customer bases and the attractiveness of the complementary products and services, which bring value to each other’s membership propositions. ASMALLWORLD members who have previously joined GHA DISCOVERY have gone on to become some of our highest-spending customers across our hotels. It feels like a natural next step in this partnership to become shareholders in each other’s businesses; and we will benefit from ASMALLWORLD’s insights and experience in areas such as social networking and events, which are a logical extension to our GHA DISCOVERY programme.”

About GHA DISCOVERY
Launched in 2010, GHA DISCOVERY is the world’s largest loyalty programme for independent hotel brands, featuring more than 500 hotels, resorts and palaces across 35 brands. Members enjoy VIP recognition, thoughtful benefits and generous rewards at home or away. Recently the programme has evolved to include an additional tier and flexible paths to upgrade through nights/stays, eligible purchases or number of brands stayed, making it easier and faster for members to reach elite status. Unlike more traditional programmes, GHA DISCOVERY does not ask members to count points towards their next upgrade. Instead, members earn and spend DISCOVERY Dollars (D$), an exclusive rewards currency. They also enjoy members-only Experiences curated by each hotel and have access to properties close to home, without a stay, through member-only Local Offers.

Members of the ASMALLWORLD social network connect through its app and website, where they can meet other members, engage in online discussions, receive travel and lifestyle inspiration, and enjoy a wealth of travel privileges. Members also meet in person at over 1’000 global ASMALLWORLD events every year, ranging from casual get-togethers in major cities around the world, access to exclusive launches, shows, galas, soirees, exhibitions, major global sporting events, and larger flagship weekend experiences hosted in iconic destinations such as Saint-Tropez and Gstaad.

Other businesses of the ASMALLWORLD travel & lifestyle ecosystem include:

ASW Hospitality, a hotel management company that operates and manages the iconic North Is-land resort in the Seychelles

The World’s Finest Clubs, the world’s leading nightlife concierge offers its members VIP access to the most exclusive nightlife venues around the world