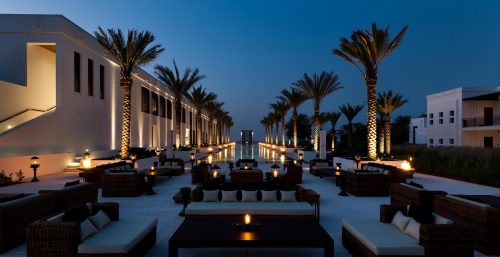 Singapore, March 3, 2021 /TRAVELINDEX / The Chedi Muscat in Oman and The Chedi Andermatt in Switzerland have each won spots on prestigious lists of hotels compiled by two leading American media brands, Forbes and Travel + Leisure.

On Feb. 16, The Chedi Muscat was named to the T+L 500, an awards compendium that Travel + Leisure revived last month after a hiatus of seven years.

• Will the two GHM hotels make it into the Top 25 Hotels – the World’s Best Luxury Hotels?

The T+L winners are culled from a list of hotels in the magazine’s annual, reader-driven World’s Best Awards surveys, and then hand-picked by the magazine’s editorial staff.

The Forbes ratings are determined by inspectors who stay anonymously at the hotels and rate the properties on up to 900 standards. The 63rd annual Forbes list features 283 Five-Star, 576 Four-Star and 438 Recommended hotels.

Forbes calls The Chedi Muscat a “a modern and distinctly Omani masterpiece.” Forbes says The Chedi Andermatt, is “a supersized, high-rise Swiss chalet on the outside, but the interiors deftly blend homegrown alpine-chic with serene Asian accents for a Heidi-goes-Zen look.”

• Will the two GHM hotels make it into the Top 25 Hotels – the World’s Best Luxury Hotels?