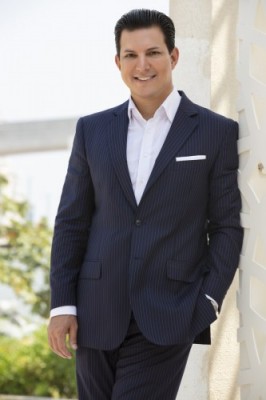 Timothy Kelly, Executive Vice President and Managing Director, Atlantis, The Palm and The Royal Atlantis, has more than 25 years of international experience in the general management of integrated hotel, restaurant, and resort operations. Having previously held the role of Senior Vice President and General Manager at Atlantis, The Palm, Kelly took on the responsibility of overseeing the introduction of The Royal Atlantis Resort and Residences as Dubai’s ultimate new luxury landmark resort. In his current role, Kelly oversees all operations, strategic direction and continued growth of Atlantis, The Palm, as well as bringing to life The Royal Atlantis Resort and Residences. This also includes additional responsibility for all Administrative, Retail, Food & Beverage, Banqueting & Special Events, Marine & Waterpark, and Recreational Services.

Atlantis, The Palm is the first entertainment resort destination in the region and located at the centre of the crescent of The Palm in Dubai. Opened in September 2008, the unique ocean-themed resort features a variety of marine and entertainment attractions, as well as 17 hectares of waterscape amusement at Aquaventure Waterpark, all within a 46-hectare site. It is home to one of the largest open-air marine habitats in the world, with over 65,000 marine animals in lagoons and displays including The Lost Chambers Aquarium, a maze of underwater corridors and passageways providing a journey through ancient Atlantis. Atlantis, The Palm is also known as the culinary destination in the region with a collection of world-renowned restaurants by Michelin-star chefs including Nobu by Nobu Matsuhisa, Ronda Locatelli by Giorgio Locatelli and Bread Street Kitchen & Bar by Gordon Ramsay.

Having held the role of Senior Vice President of Resort Operations at Wynn Palace, Cotai and Wynn, Macau (SAR) since 2013, Kelly’s role with Wynn Resorts was to direct all resort operations across the portfolio ensuring the guest experience, service standards, property maintenance, and established division KPIs were consistently achieved. In addition, Kelly was instrumental in the opening of Wynn Palace, a USD$4.4 billion-dollar integrated resort and casino that opened in Macau in 2016. His strategic operational leadership was instrumental in growing market share, revenues and profitability across all properties.

Prior to joining Wynn Resorts, Kelly held the title of Vice President of Hotel Operations at MGM Grand in Las Vegas, Nevada, where he managed the full portfolio totaling 6,760 rooms, consisting of MGM Grand, West Wing, Skylofts, Mansion and The Signature Residences. It was here that Kelly’s emphasis on guest experience, through the implementation of personalized service strategies, and the introduction of a new brand concept “Skylofts at MGM Grand” led to MGM Resorts International achieving their first “Forbes Travel Guide Five-Star Award” in the history of the company.

Kelly’s leadership excellence, afforded him to be the first representative of Forbes Travel Guide Service Advisory Committee, representing the Asia-Pacific Region, on Five-Star luxury service and maintenance standards. He was also appointed to the Nevada Hotel Lodging Association Board of Directors for six years, lobbying the state legislature on bills that would support the integrated resort industry. In 2009, he was recognised with a Lifetime Membership by Les Clefs d’Or International®, for his work and support of concierge services worldwide.