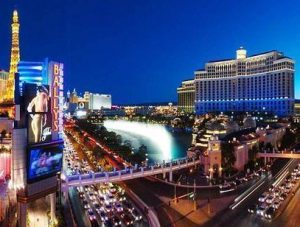 Las Vegas, NV (USA) – January 10, 2012–The Siegel Group Nevada, Inc., a Commercial Real Estate & Business Development Company, today announced that it had acquired the former Atrium Suites Hotel with a small private investment group. The hotel is a six-story, 162,000 square foot, 202 key all-suite hotel situated on approximately 3.75 acres of land on Paradise Road in Las Vegas, Nevada. The property is unique in that each of the 202 suites is in excess of 500 square feet and the common areas contain substantial conference, meeting and exhibition space in addition to banquet facilities, a full-service restaurant and a bar-lounge. The hotel also has extensive recreational amenities including a fitness facility, hair salon and outdoor pool and bar area. The Siegel Group was able to close the transaction in just five business days for a sales price of $4.2 million, which equates to $26 per square foot, far below today’s replacement cost.

Located directly adjacent to the Hard Rock Hotel & Casino, the property, once operated as a Crowne Plaza and most recently known as the Atrium Suites Hotel, was acquired in 2007 for $50 million with an additional $16 million construction financing component. The hotel was closed in order to commence a large-scale renovation, which was only partially completed when the lender, Lehman Brothers, filed for bankruptcy protection with approximately $66 million in secured debt not including investor equity, encumbering the property. The $66 million note was subsequently acquired in bankruptcy court by the current seller, which foreclosed upon the property in July 2011.

This acquisition represents an incredible redevelopment opportunity for The Siegel Group, which has a proven track record of repositioning troubled assets throughout the Las Vegas market. The company will immediately begin design and business concepts and engaging in talks with several large hotel brands interested in the Las Vegas market and the superior location of the asset. Potential uses for the now vacant property include a new boutique hotel concept to complement The Siegel Group’s other boutique holdings, which include the nearby Rumor Hotel, The Artisan, The Resort on Mt. Charleston and the Gold Spike Hotel & Casino, or to operate the property under a national hotel flag. The company expects to announce its plans for the property sometime during the 1st Quarter of 2012. Regardless of the use that is ultimately determined, one thing is clear: The Siegel Group will continue to add much needed jobs to the Las Vegas economy as it has consistently continued to do throughout the economic crisis. In addition to the approximately 900 local jobs that The Siegel Group has created over the last few years, the company estimates that this newest acquisition will result in the creation of between 200 to 300 new full and part-time positions for Las Vegas residents.

Stephen Siegel, Founder and Chief Executive Officer of The Siegel Group, states: “The acquisition of the former Atrium Suites is a phenomenal opportunity for our organization and a great ending to 2011. While the last few years have been extremely challenging for us all, we as a company continue to tough it out and stay focused, aiding the market’s recovery by acquiring distressed and non-operational properties that we are able to reposition and stabilize. Our projects have resulted in the creation of improved assets and, more importantly for Las Vegas, numerous jobs. As we all know, the continued creation of employment opportunities is essential to the economic recovery of the Las Vegas market, and we plan to continue our efforts and play an instrumental role in this recovery solidifying our long-term commitment to this great city.”

Over 100 Million Global Tourism Jobs Could Be Recovered in 2021

PUB, PATIOS & BARS: El Floridita, where you don’t have to give a poop about Papa

Cuba is famous for mojitos, but there’s also a case to be made that daiquiris…