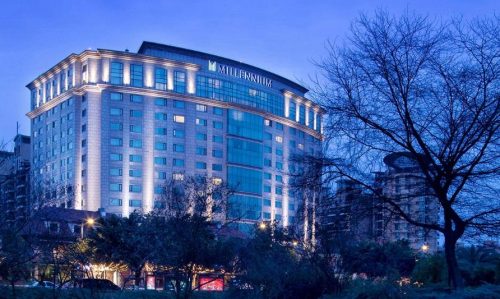 Singapore, Republic of  Singapore, November 23, 2020 / TRAVELINDEX / A year after delisting from the London Stock Exchange, Millennium & Copthorne Hotels Limited (M&C), a global hospitality leader, disclosed major initiatives that will prepare it for a recovery by as early as 2021 from the recent challenges caused by the COVID-19 pandemic.

The privatisation granted M&C greater agility and cushioned impact of the pandemic. Lessons learned and operational changes in recent months have helped to lay a much stronger foundation. Properties across the globe have started to show ‘green shoots’ of improvements in occupancy and Gross Operating Profit (GOP) from the second half of 2020 which are expected to gain momentum in 2021.

London-headquartered M&C was privatised on 19 November 2019 after delisting from the London Stock Exchange at a valuation of GBP2.23 billion (S$3.96 billion). M&C operates 66 hotels (seven of which are managed by third parties) in Asia (12), Europe/UK (21), USA (18) and New Zealand (15) under the Millennium Hotels and Resorts (MHR) global brands; and 79 are under franchise and management contracts.

M&C, with an inventory of over 40,000 rooms and operations in 29 countries, is wholly owned by Singapore Exchange-listed City Developments Limited (CDL), a leading global real estate company with total assets of over S$23.8 billion. CDL is also a Sponsor that holds an effective 37.8% effective stake in CDL Hospitality Trusts (CDLHT), a Singapore-listed Real Estate Investment Trust (REIT) with a market value of over S$1.40 billion.

M&C has assessed as positive recent reports of vaccines against COVID-19, air travel ‘bubbles’, the recent US presidential elections and plans to hold the Tokyo Olympics in 2021 (postponed from 2020). The signing by 15 countries of the Regional Comprehensive Economic Partnership (RCEP) world trade pact also points to a brighter future for the region.

In Singapore, where M&C operates over 2,000 hotel rooms, several properties will resume pre-COVID-19 activities such as selling rooms, corporate bookings, events and weddings in the next few months.

M&C recognises that in this ‘new normal’ hygiene is much more important when a customer chooses a hotel, restaurant or consider events; and that brands must look beyond ‘personal touch’ and ambience to include the promise of safety and to emphasise value for money.

Building on the ‘We Clean, We Care, We Welcome’ campaign launched in February 2020, M&C has chosen to keep as many properties open as possible throughout the pandemic. By staying open, its hotels in several regions have increased market share. Since Q4 2020, there has been a pick-up in individual bookings from small and medium corporate accounts in Singapore, New York and UK.

M&C will scale up digital marketing strategies to reach domestic retail consumers and target potential drive-in consumers residing within 300 km of hotels in certain cities in USA, UK and Europe.

To segment better its customer base, various brands now offer different price-value touchpoints. Reflecting the success of the digital strategy, online channels accounted for 80% of bookings as at end-September, up from 56% in 2019.

In the first 10 months of 2020, M&C booked 163,000 staycation nights (excluding the Middle East and North African region). At least 65% of staycation bookings were made through the M&C brand website by loyalty members. M&C expects that some parts of the corporate offline bookings, upon return, will be handled digitally as well.

In Singapore, two M&C hotels (Grand Copthorne Waterfront and Orchard Hotel) have portioned areas as pay-per-use co-working spaces since September and November 2020, respectively. Utilisation for such use has hovered at around 85%. Building on this success, this service has been launched elsewhere in Singapore in Copthorne King’s Hotel and M Social, with Studio M and M Hotel next to roll out. M&C’s London hotels have also re-purposed rooms for customers who want the space for work.

F&B menus have been shortened and rotated frequently to support fewer kitchen staff and reduce wastage in Southeast Asia, Taipei and in the UK. In gateway cities in North America M&C hotels offer reduced menus, focusing on signature dishes with ‘sweet-spots’ that combine turnover and operating margin. Singapore M&C hotels leveraged on signature dishes to compete with F&B operators.

Through these and other efforts, M&C’s global occupancy rate in September 2020 has recovered to 40% from a low of 30% in June. M&C expects to close 2020 with an occupancy rate that is at least half the 73% rate achieved in pre-COVID-19 2019. Over the comparative periods, average rate per available room has increased by 23% to GBP25.4 (S$45.1) from a low of GBP20.61 (S$36.6). M&C entities have begun recovering from loss to Gross Operating Profit (GOP) in Asia (since May), New Zealand (since June), UK (since October). Global M&C GOP has been positive since July.

As a major hotel operator, M&C has adopted group procurement, centralised functions and technological innovation for years. While staffing for the industry is unlikely to return to pre-COVID-19 levels, M&C’s strategy is to lower the entire cost-structure through group and operational efficiencies, with staff layoffs as a last resort. Current efforts include:

i) Clustering functions such as administration, finance, marketing and communications to handle multiple properties in Singapore and across other regions; and

ii) Doubling of roles (e.g. regional GM doubling up as as a hotel GM; global function head also handling regional roles) and redeploying staff to handle multiple functions. Operations in various countries have been helped by tax relief and other Government efforts to offset wages.

Only after these efforts has workforce rationalisation been undertaken as a last resort. As at end-September 2020, total global headcount has been reduced by 36% compared to the end of 2019.

As a 100% subsidiary of CDL, M&C is able to tap the strengths of a parent with strong balance sheet and deep corporate experience. CDL exercises financial prudence such as stating investment properties in its accounts at cost less accumulated depreciation and impairment losses. CDL had grown the hospitality division over the last 25 years by acquiring entire portfolios, such as the Copthorne chain in 1995 and the Regal chain in 1999, as well as individual properties.

Land values of many M&C properties are now significantly higher than acquisition cost. However, in line with CDL’s prudent strategy, assets held as investment properties have not been revalued to market. M&C recognises that while capital values of many properties have increased even amid the COVID-19 uncertainty, return on equity of such assets (from hospitality revenue and profits) is not likely to recover to pre-COVID-19 levels in the near term. Accordingly, M&C intends carry out the following:

i) As an international hotel operator, it will focus on key gateway cities globally including Singapore, London and New York. M&C will also focus on the four-star category under three brand collections – M Collection, Millennium Collection and Copthorne Collection – while maintaining several prized assets in the five-star and luxury categories under Leng’s Collection;

ii) M&C has been and will continue to review and fine-tune the upgrade of its portfolio to better suit future market conditions. In 2020, M&C closed Copthorne Penang (since July) and deferred renovation for Millennium Hilton Downtown in New York which it announced before COVID-19; and

iii) Having received expressions of interest for various assets globally, M&C is assessing at least three offers. Some offers are subject to re-zoning and regulatory approval for change of use from hospitality. The sale of any of these assets, if concluded, is likely to result in significant gain on disposal. A case in point, M&C recorded gain on disposal of equivalent of S$26.4 million (GBP14.3 million) from the sale of Millennium Cincinnati, completed on 14 February 2020, for equivalent of S$49 million (GBP27.6 million). Based on current offers, M&C expects to conclude at least one such sale in 2021.

The outcome of these initiatives may reduce slightly M&C’s global room inventory of over 40,000 at the end of 2019. But the revised footprint and inventory will sharpen focus and conserve human and financial resources to position M&C better for recovery from as early as 2021. Hotels which can return to sustained levels of profitability may also be seeded for acquisition by CDLHT (whose shareholders approved in January 2020 the acquisition of W Singapore – Sentosa Cove hotel from CDL at a valuation of S$324 million).

“M&C is strengthening its foundations to prepare for a recovery in hotel operations from as early as 2021. Our product has been refined to offer new revenue streams. We have improved processes, cost structure and digital marketing, amongst other efforts, as we prepare for improvements in business sentiment and confidence to travel. By streamlining our global portfolio in line with the strategy of our parent, M&C will emerge stronger and better positioned to benefit from a post-COVID-19 environment,” said Mr Lee Richards, Vice-President Operations, South East Asia, Millennium Hotels and Resorts.

About Millennium & Copthorne Hotels
Millennium Hotels and Resorts (MHR) is the global brand of Millennium & Copthorne Hotels Limited (M&C), a global hotel company which owns, manages and operates over 145 hotels across some 80 locations worldwide. It has four distinct hotel collections – Leng’s Collection, M Collection, Millennium Collection and Copthorne Collection – throughout Asia, Europe, the Middle East, New Zealand and the United States. Its properties are in key gateway cities such as London, New York, Los Angeles, Paris, Dubai, Beijing, Shanghai, Seoul, Tokyo, Singapore and Hong Kong. Occupying the best locations around the world, MHR has the perfect address for business and leisure travellers.

Marriott International Collaborates with Playa Hotels & Resorts to Bring The…

Under the Radar Openings in Southeast Asia