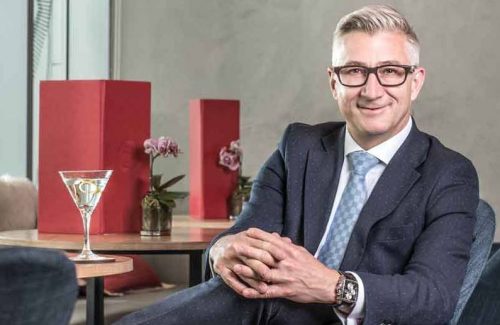 Franck Arnold has been appointed General Manager at The Savoy London, a Fairmont Hotel in London. Franck Arnold is a leading figure in the luxury hotel industry, with 30 years of experience acquired in hotels and brands, including IHG, Four Seasons, Rocco Forte and Ritz-Carlton, as well as in independent European and North American hotels.

The 50-year-old GM of the Ritz-Carlton Hotel in Toronto has earned a professional diploma and degree in Hotel Management and Culinary Arts from the Strasbourg Hotel School in France, as well as a Masters’ degree in Hotel Administration from Cornell University and an MBA degree from Henley Management College in the U.K.; he’s worked in leading hotels around the world; and he speaks three languages fluently. Through it all, he still manages to find time to run marathons, play golf and cycle.

The native of Strasbourg was introduced to the hotel world at the young age of 15 when he went to the renowned hotel school in his birthplace. At the time, his intention was to become a chef. “I had the chance to continue studying, ended with an MBA and took the hospitality-management route to become a GM instead.” It was during his first job at the Palace hotel in Brittany that he “became fascinated by the refinement of the environment, the decor, the guests and the level of detail deployed to create extraordinary, memorable experiences.”