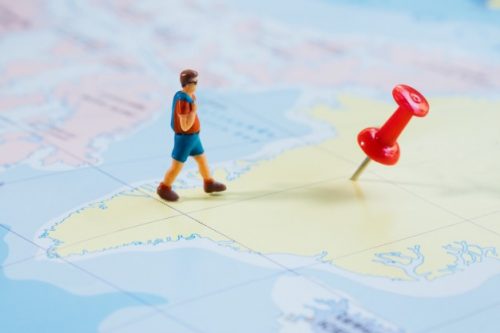 The factors that determine the importance of hotel location differ according to regions in a city, show Dr Hengyun Li, Dr Mimi Li of the School of Hotel and Tourism Management (SHTM) at The Hong Kong Polytechnic University and their co-researcher in a study published recently. Drawing on a Hong Kong case study, the researchers show that factors normally considered universally important when determining a location, such as traffic and transport, may not be as significant in some tourist destinations as in others. Their findings have obvious implications for hotel brands and their investors, among other players in the hospitality and tourism industry.

Surely one of the most important decisions for prospective hotel owners must be where to locate their premises. While other aspects can be changed if necessary, the researchers correctly note that it is “almost impossible to relocate a hotel after it has opened”. Unlike manufacturing and other industries, service industries rely heavily on their location choices to attract customers.

Hotel customers in particular want to be in the most convenient location for the purpose of their visit – they may be looking for easy accessibility to attractions, business areas, proximity to the airport or convenient transport and parking. Hotels that offer the best locations therefore tend to have higher occupancy rates, revenue per available room, and profitability.

Although the effects of these characteristics on hotel location choices have been extensively explored, the researchers highlight two factors that have been largely neglected. First, they suggest that hotel location is closely correlated with the type of local development – the urban structure and type of development. In a residential area, for instance, hotels must “compete with residents for many spaces and services” and with other services for “resources such as labour and land”.

A complementary effect may also exist, the researchers continue, whereby an area that is “devoted primarily to shopping and other businesses” will also attract hotels that aim to cater for customers of these businesses. Nevertheless, despite its seeming importance, the influence of land use type on hotel location choice has rarely been studied.

Second, the researchers note, methods used to predict hotel location choice assume that potential influencing factors have a uniform effect across the area under study. However, they suspect that this assumption may be incorrect because “location, price, services, and other features may have closer spatial associations that cannot be ignored”. In other words, whereas previous researchers have taken a global perspective in examining how different factors influence hotel location across a region, the researchers consider the influence of these factors at a smaller spatial scale.

The researchers chose Hong Kong as the focus of their study because the city has what they describe as a “mature hotel industry” following decades of tourism development. The city’s urban area traditionally covered the northern part of Hong Kong Island and the Tsim Sha Tsui area, but constraints on land use have created a unique spatial pattern of urban development. Consequently, in the past couple of decades, hotel development has continued in the central business district, while also expanding into the surrounding suburban districts.

Taking into account this unique spatial pattern, in the first part of their study the researchers plotted the locations of hotels in Hong Kong that opened before the end of 2010 onto maps, using the location information from the hotels’ websites. The maps also included the distributions of factors such as metro stations and tourist attractions.

The map revealed what the researchers describe as “extremely high” concentration of hotels around the Kowloon-Hong Kong Island area, and relatively high concentrations around Tsuen Wan and Lantau Island. The high number of hotels close to commercial and business areas is a particular feature of Hong Kong, which is lacking in major historical and heritage sites and landmarks compared with tourist destinations in Europe and mainland China. The region thus relies heavily on “business travellers, tourists visiting friends and relatives and tourists who come to take advantage of the shopping facilities”, according to the researchers.

The concentration of hotels in the centre also suggests that the choice of location is influenced by what the researchers call “agglomeration effects”, whereby hotels gain a significant advantage from being located close together as they benefit from “spillover effects” from their neighbours.

In the second part of the study, the researchers examined the factors that influenced hotel location. When considering hotel location decisions across the whole region, the factors that had the greatest positive influence were the proportion of land used for traffic, population density and tourist attraction accessibility, whereas the proportion of green land had a small negative influence. However, this global model “may not tell the whole story” about hotel location choice, the researchers emphasise, because it ignores differences in the spatial relationships that might occur from one district to another.

To overcome this limitation, the researchers aggregated the distribution of the hotels at the tertiary planning unit level, dividing the region into 287 units for “planning population census purposes”. Analysis of the influencing factors at this local level revealed a rather different picture from that portrayed by the global model. Overall, the researchers observed a “core-periphery structure”, whereby the influencing factors seemed to have little effect in the urban centre but gradually increased in the peripheral regions. They describe this as a “poached egg” pattern of development.

Across the suburban areas, the researchers found that hotels were primarily located in areas with a high proportion of land used for traffic purposes and with good access to metro stations. This, they reason, suggests that when deciding to locate a hotel further away from the urban centre, the most important deciding factor is ease of transportation.

Conversely, the researchers found that the effects of transport were comparatively weak in more central areas. They note that this suggests hoteliers “can consider other factors” when deciding on the best location for a hotel in the city centre because all areas have good transport facilities that appeal to tourists.

When considering green space and residential areas, the researchers found the opposite pattern. These factors had little effect on hotel location in most areas of Hong Kong, but a negative influence on hotels in the city centre. The researchers attribute that influence to “land policy and land use competition”, whereby newly build city-centre hotels occupy what was formerly green space and residential land.

Access to tourist attractions and population density exerted positive influences on hotel location choice in all regions, the researchers found. This, they note, is not surprising given that the “function of a hotel is to provide services for tourists and residents”. A more unexpected finding was that residents’ incomes had a negative effect on hotel density in the centre. Hotels normally tend to be built in “upmarket communities”, but in Hong Kong, with its high real estate prices, hoteliers may be more concerned with acquiring less costly land in low income districts.

The study is important because it reveals the limitations of previous research that has considered hotel location choice at a much broader level. By examining how various factors exert their influence differently at a smaller spatial scale, the researchers reveal some unexpected patterns that “can inform decision making when choosing appropriate locations for new hotels”.

In particular, investors considering a central location need not be too concerned about “conventional factors” such as transport accessibility. Rather, argue the researchers, they should focus on the agglomeration effect and choose locations that already have high densities of hotels. In the suburbs, however, transport and other factors should be considered carefully.

How to Cope in a Crisis – A Case Study

A Table for One, Please!