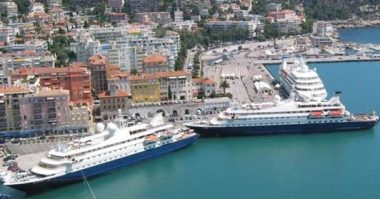 Bangkok (Thailand) – September 10, 2012 – The 2013 Berlitz Guide to Cruising & Cruise Ships has announced that the 112-guest mega yachts SeaDream I and SeaDream II have again achieved the top two ratings in the ‘Boutique Ships’ category (50 – 250 passengers).

The Berlitz Guide, now in its 28th year, is researched and written by Douglas Ward, the world’s top authority on cruising and cruise ships. Having reviewed 284 cruise ships, Ward has named the top-rating ships for 2013, with the 10 most highly rated being officially ‘small’ or ‘boutique’. The SeaDream ships’ ratings out of a possible 2,000 points are: SeaDream II – 1,788 points and SeaDream I – 1,786 points.

The hard-hitting reviews independently expose the best and worst scoring cruise ships, using an internationally-accepted rating system devised by the author, Douglas Ward, the most feared critic in the business. Taken into account are 400 separate items based on personal cruises, visits and revisits to ships, as well as observations and comments from Ward’s team.

Since SeaDream’s founding in 2001, it has been honored annually by the Berlitz Guide, with SeaDream I and SeaDream II having been described as “Ultimately Exclusive Boutique Vessels”, and named as the tops in its Five Star Club, listing them as the “Crème de La Crème”.

Commenting on the announcement by Berlitz on their 2013 ship ratings, Bob Lepisto, SeaDream’s President, said: “We are honored and delighted to have been so highly recognized once again in this world-renowned guide. We thank Douglas Ward and his publishers. As President, I also want to add my sincere thanks to our crew of true professionals on SeaDream I and SeaDream II who have earned this recognition along with those in our offices around the world who have also contributed to our continued success”.

The SeaDream Difference:
Since the company’s founding in 2001, innovative SeaDream Yacht Club has brought a refreshing change to the world of ultra-luxury holidays at sea – with the intention of being completely different from any and every other cruise product.

The expression ‘Yacht Club’ is not only sentiment about size; it is a statement about lifestyle aboard the small, ultra-deluxe ships. Chic and stylish, SeaDream I and II are the ultimate hybrid of deluxe private yacht and luxury boutique spa. The elegant informality of the yachts sits comfortably with state-of-the art facilities, discreet, personal service and world class cuisine. SeaDream is the only cruise operator to be a member of the Thai Spa Association

Yachting is about enjoying an unstructured lifestyle – dropping anchor offshore rather than tie up along side, staying in port until well after midnight and taking a voyage to locations where large traditional cruise ships just cannot sail.

That its two, 56-stateroom mega-yachts, SeaDream I & II have set such high standards, it is widely agreed to be a significant reason behind certain ultra-luxury traditional cruise lines having abandoned the quest for exclusivity and exactitude and announcing plans to build ships that resemble upscale holiday resorts.

SeaDream’s itineraries include the Caribbean, Costa Rica, the Mediterranean, the Black Sea and the Amazon. For more details about SeaDream’s cruises contact your travel professional, call Richard Jones on +6681 970 8487 or visit www.SeaDream.com

Element by Westin® Announces Opening of Element Philadelphia, the Largest Property for the…

IT’S ONLY NATURAL: A glimpse of Britain’s great new garden

Britain is a nation of gardens, so it’s only natural that the nation’s next…
Prev Next 1 of 414
Sign in / Join
Sign in