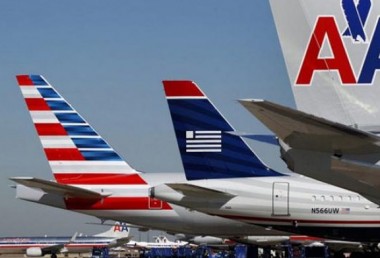 Miami, Florida (USA) – July 28, 2014 – The International Air Transport Association (IATA) called on the Venezuelan government to honor the commitment it made in March to permit airlines to repatriate in full and at fair exchange rates airline funds being blocked in the country. While the government has permitted the repatriation of $424 million shared among a number of airlines, continuing sales in the country have seen the total amount owed grow to a staggering $4.1 billion.

Airlines can no longer afford the risk of not being paid when providing services to Venezuela. International capacity to and from Venezuela is down 49% from peak service levels offered last year and 36% lower year on year.

The blocked monies are from ticket sales in Venezuela and are being held by the government in breach of international treaties. Considering that the global air transport industry is expected to post a collective $18 billion profit this year, the outstanding $4.1 billion is significant.

“Airlines cannot offer service when there is no certainty of payment. The Venezuelan government has made many promises to abide by its obligations. But $4.1 billion remains unpaid. Confidence in the market is falling sharply. Most carriers are limiting their risk with reduced capacity. Several have completely pulled out. Venezuela risks becoming disconnected from the global economy,” said Tony Tyler, IATA’s Director General and CEO.

“Venezuela, like all nations, reaps enormous benefits from air connectivity. Air transport is a catalyst of economic growth and is a critical component of Venezuela’s economic well-being and a vital link to the global economy. Air transport could also play a significant role in the Venezuelan economic recovery. Without robust air links to the world, there is little chance of a recovery,” said Tyler.

In a fourth letter to President Nicolas Maduro on the topic of the blocked funds, IATA called on the President to lead a high-level dialogue with IATA on behalf of the two dozen airlines whose money is at stake. The goal should be to clear the debts quickly in a way that is fair and acceptable to the airlines involved. To move this forward, Tyler requested a meeting with the President to scope out grounds for a potential agreement.

“Globally, airlines will safely transport 3.3 billion passengers and 52 million tonnes of cargo in 2014. This activity supports jobs for 58 million people worldwide. And airlines deliver over a third of the goods traded internationally by value—worth some $6.8 trillion. Protecting Venezuela’s connectivity should be a high priority for the Venezuelan government—connectivity is a lifeline for the country’s faltering economy. IATA is ready to contribute to a positive solution for all parties but we cannot move forward without the engagement and cooperation of the government,” said Tyler.

Imperatives for Sustainable Recovery of Air Travel Industry in Africa