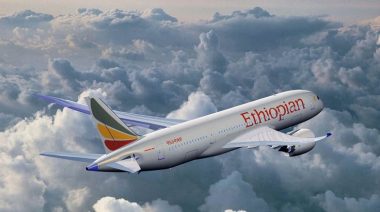 Addis Ababa (Ethiopia) – January 2, 2019 (travelindex.com) – The African Union’s (AU) long held ambitions for a fully integrated continent is closer to becoming reality this year thanks the vision of one particularly ambitious airline and more governments tweaking their visa policies for fellow Africans.

Almost three decades after it was first proposed, African countries finally launched the Single African Air Transport Market (SAATM), a major step towards opening the continent’s skies. This version of the AU initiative is largely based on the Yamoussoukro Decision of 1999 (pdf).

African countries also became marginally more open in 2018, building on the success recorded last year. The African Development Bank’s 2018 Africa Visa Openness Index showed the small improvements, but even then Africans still require visas to travel to over half of other African countries.

One highlight in visa liberation policies saw Ethiopia open up its borders to African visitors with a visa-on-arrival push, the largest African country by population to do so to date. All of the top 20 most visa-open nations in Africa saw increased travel and tourism figures, the Visa Openness Index says.

As Africans fly more around the continent for tourism or trade, it’s likely they will do so via Ethiopian Airlines and carriers it has partnered with or helped revive as part of its strong pan-African strategy.

A $300 million aircraft purchase drive has seen Ethiopian Airlines boost its fleet and expand its destinations within the continent, enhancing its continental dominance. Beyond helping African travelers get around the continent, Ethiopian Airlines’ widening reach is a boon for African inbound tourism: starting next year, the airline will start helping Chinese visitors process visas to travel across Africa. Already, Addis Ababa, the Ethiopian capital and hub of the national carrier, has overtaken Dubai as the world’s gateway into Africa

IATA and Eurofins Partner to Boost Travel with Testing