COUNTRY STARS: Where are the highest-rated Michelin star restaurants

When it comes to choosing a destination to visit on holiday, local cuisine and restaurants are one of the most important things to consider for food-loving travellers. But where are the best countries to visit based on their quality of restaurants?

The study by money.co.uk analysed Tripadvisor reviews and set menu costs for three-starred Michelin restaurants to reveal the highest-rated Michelin star restaurants in the world.

The highest-rated Michelin starred restaurants in the World 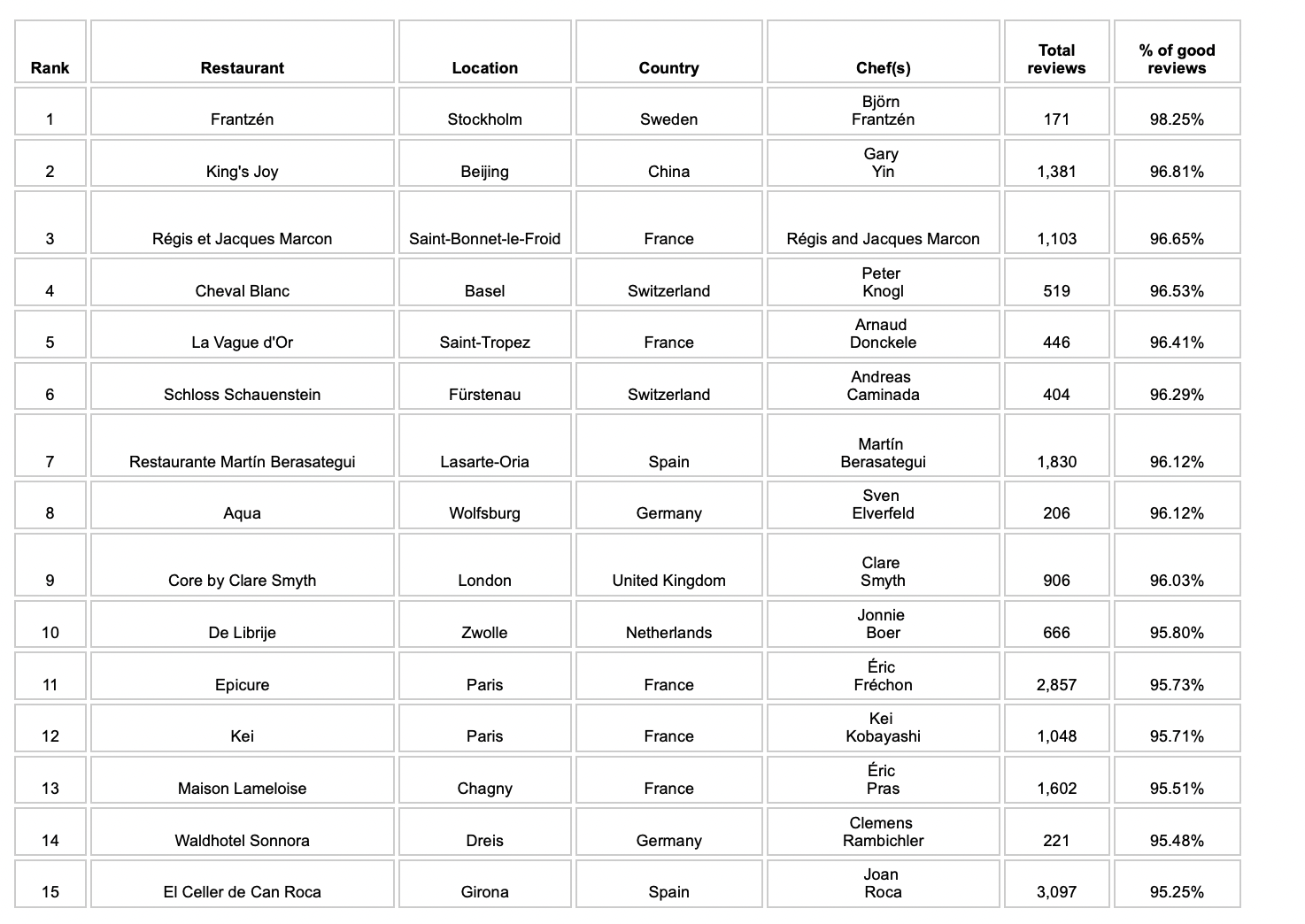 The Michelin star restaurant ranking in first place being highest-rated is the Frantzén in Stockholm, Sweden. Run by head chef Björn Frantzén, the Frantzén restaurant has the best Tripadvisor ratings, with 98.25% of ratings describing the restaurant as ‘excellent’ or ‘very good’ and a total number of 171 reviews.

Taking second place is the King’s Joy Restaurant in Beijing, China, with 96.81% of reviews being positive. The restaurant run by Gary Yin has a total of 1381 reviews on Tripadvisor and also ranks in first place as the best value Michelin star restaurant.

Régis et Jacques Marcon takes third place, with 96.5% of its reviews being either ‘excellent’ or ‘very good’. The restaurant run by Régis and Jacques Marcon receives 1103 reviews on Tripadvisor.

• The best value Michelin star restaurant is the King’s Joy in Beijing, China. The restaurant has an overall value score of 9.96 out of 10.

• In first place again, this time for the cheapest Michelin star restaurant is the King’s Joy. The restaurant run by Gary Yin has a set menu price of £83 making it the cheapest in the rankings.

You can view the full research by clicking HERE

DEFEATING THE DOWNTURN: Is technology the key?

DEFEATING THE DOWNTURN: Is technology the key?

Addressing consumer demand for technology and sustainability could keep travel…

If you think you’ve seen it all in Greater Fort Lauderdale, think again. This…

The little things count, says Flemming Friisdahl, and one of them is a bold,…

Among last week’s notable news, Destination Canada revealed this country’s…
Prev Next 1 of 799
Sign in / Join
Sign in