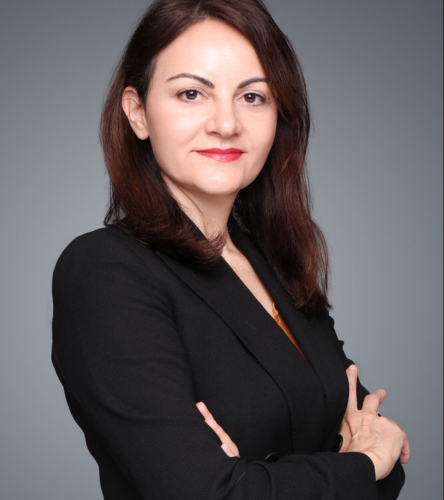 Phuket, Thailand, November 25, 2021 / TRAVELINDEX / Magdalena Martorell, a seasoned professional with two decades of hospitality experience in Europe and Asia has taken charge of the new Meliá Phuket Mai Khao, a 30-suite and 70-villa resort due to open in December.

Martorell has worked with Meliá Hotels International for the entirety of her hospitality career, beginning 20 years ago when she was selected to join the leading Spanish hotel group’s internal development program.

“As Thailand reopens to the world and embarks on a new chapter, my team and I are excited about Meliá Phuket Mai Khao’s debut and what it brings to this beautiful island, including a prime focus on our guests’ inner wellbeing amid a restorative atmosphere and terrific Asian and Mediterranean gastronomy,” Martorell added.

About Meliá Hotels International
Founded in 1956 in Mallorca (Spain), Meliá Hotels International operates more than 380 hotels (portfolio and pipeline) throughout more than 40 countries, under the brands Gran Meliá Hotels & Resorts, Paradisus by Meliá, ME by Meliá, Meliá Hotels & Resorts, INNSiDE by Meliá, Sol by Meliá and TRYP by Wyndham. The Group is one of the leading companies in resort hotels worldwide, while also leveraging its experience to consolidate the growing segment of the leisure-inspired urban market. Its commitment to responsible tourism has led the Group to become the most sustainable hotel company in Spain and Europe in 2020, according to the SAM Corporate Sustainability Assessment (CSA). It also has ranked seventh in the Wall Street Journal’s list of the 100 most sustainably managed companies in the world (and the leading travel company) and is the only Spanish travel company included in the list of “Europe’s Climate Leaders 2021” by Financial Times. Meliá Hotels International is also included in the IBEX 35 Spanish stock market index and it is the Spanish hotel leader in Corporate Reputation (Merco Ranking).

About Phuket Villa Group
Founded in 1989 in Phuket (Thailand), Phuket Villa Corporation, together with its affiliates, has constructed over 7,000 houses and condominium units all over Phuket and Bangkok. As one of the first developers in Phuket to include a wide range of lifestyle facilities within its developments, such as tennis courts and swimming pools, the Group offers detached homes, townhouses and commercial buildings, catering to the growing local real estate market. In addition, the Group also has two hotels under its banner, offering more than 300 rooms to tourists and business travellers, mirroring Phuket’s steady growth as a premier tourist destination of Thailand. Over the years, Phuket Villa Corporation continues to re-invent itself to cater to an increasingly diverse customer base in a more competitive landscape.

Free WiFi, fresh meals, and enhanced legroom are all part of the new economy…

Calling all fashionistas! Shopping is as good as it gets in Greater Fort…
Prev Next 1 of 806
Sign in / Join
Sign in