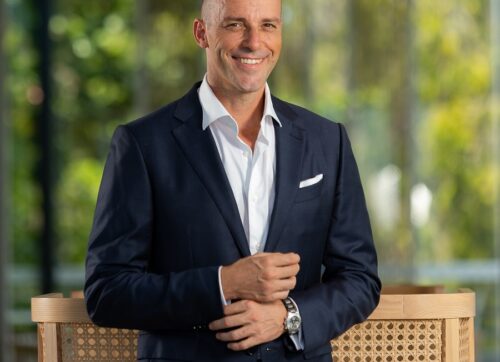 Ho Chi Minh City, Vietnam, December 28, 2022 / TRAVELINDEX / As Meliá Hotels International prepares to launch the first Gran Melia resort in Southeast Asia in 2023, Ernesto Osuna Lopez is stepping up to the helm as general manager. In his new role the Spaniard will oversee both the flagship Gran Meliá Nha Trang and Meliá Nha Trang, a sister property that will open by 2025.

Ernesto, who draws on two decades of experience in hotel management, has crisscrossed the globe working in some of the world’s most iconic destinations including Cuba, the Dominican Republic and China. After joining Meliá Hotels in 2011, to oversee Melia Buenavista in Cuba as general manager, the hotel management expert has lent his expertise to help open Melia Danang in Vietnam as well as acting as task force general manager at Gran Meliá and INNSiDE in China. In his most recent role, Lopez was in charge of the award-winning Meliá Koh Samui, which he led through the grand opening in 2020.

Prior to joining Meliá Hotels International, Ernesto was based in Mexico serving in executive roles at The Westin Resort & Spa and Excellence Playa Mujeres, both in Cancun, between 2003 and 2010.

With the Vietnam debut of Gran Meliá, the Spanish hotel group’s most luxurious brand, travelers can look forward to experiencing the picturesque resort town of Nha Trang through the Gran Meliá lens, with a focus on immersive local experiences, Michelin-standard dining, a world-class spa and a premium villa product nestled within a secluded cove.

“Travelers in Vietnam are increasingly after a true luxury experience – a hotel that goes above and beyond when it comes to service and the wealth of meaningful experiences and interactions that they can offer,” said Ignacio Martin, Managing Director Southeast Asia at Meliá Hotels International. “With the launch of our first Gran Meliá resort in Asia we want to raise the bar in a way that we believe will benefit the tourism industry in Vietnam as a whole. Ernesto’s wealth of experience will be pivotal in helping us achieve that.”

As part of the group’s strategic expansion plans in Southeast Asia, Meliá Hotels International has added three properties in Thailand since 2020 with several more in the pipeline, including two new lifestyle properties, one in in Bangkok and a second one in Kuala Lumpur under the group’s premium INNSiDE brand; and Gran Meliá Lombok, which is set to open in Indonesia in 2024.

About Meliá Hotels International
Founded in 1956 in Mallorca (Spain), Meliá Hotels International operates more than 380 hotels (portfolio and pipeline) throughout more than 40 countries, under the brands Gran Meliá Hotels & Resorts, Paradisus by Meliá, ME by Meliá, Meliá Hotels & Resorts, The Meliá Collection, INNSiDE by Meliá, Sol by Meliá and Falcon’s Resorts by Meliá, plus a wide portfolio of affiliated hotels under the “Affiliated by Meliá” network. The Group is one of the leading companies in resort hotels worldwide, while also leveraging its experience to consolidate the growing segment of the leisure-inspired urban market. Its commitment to responsible tourism has led the Group to become the most sustainable hotel company in Spain and Europe, according to the last S&P Global Corporate Sustainability Assessment (Silver Class). It also has ranked seventh in the Wall Street Journal’s list of the 100 most sustainably managed companies in the world (and the leading travel company) and is the only Spanish travel company included in the list of “Europe’s Climate Leaders 2021” by Financial Times. Meliá Hotels International is also included in the IBEX 35 Spanish stock market.