A Table for One, Please! 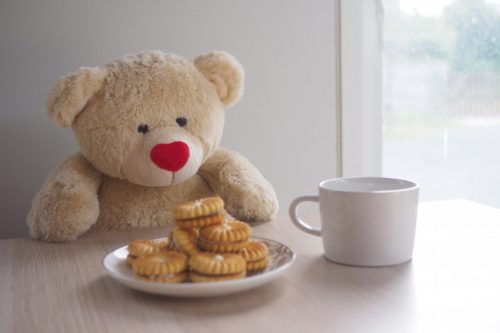 Solo diners represent one of the fastest-growing markets in the restaurant sector, but little is known about the factors that influence their menu choices. Do solo diners express their uniqueness through their selection of dishes, or do they seek a sense of belonging? This is just one of the questions answered by Dr YooHee Hwang of the School of Hotel and Tourism Management (SHTM) at The Hong Kong Polytechnic University and co-authors in a study that sheds light on the interplay between power, food choices, and crowding in the solo dining context. As restauranteurs seek new ways to tap into this lucrative and rapidly expanding market of diners, such findings are more relevant than ever.

Globally, the number of single-person households is soaring, with at least 28% of US households consisting of just one person. Increasingly, those who live alone are choosing to eat out alone. “The rise in single-person households makes ‘solo diners’ one of the fastest-growing segments in the restaurant industry”, the researchers tell us. Indeed, reservations for individual diners have increased by more than 60% in recent years.

These subtle promotional techniques have proven to be highly effective in influencing group diners’ decisions, but more factors affect choice in the solo dining setting. Whether a restaurant is empty or full, for example, can exert a powerful influence on solo diners. Those dining alone in a crowded restaurant may make menu choices that express their individuality, say the researchers, as they wish to “reassert their freedom”. However, others may seek to blend in by choosing popular dishes.

Our sense of power, or agency, affect show influenced we are by restaurant tactics and environmental cues. However, the researchers note, “little is known about the joint impact of environmental- and individual-level factors on solo diners’ responses to popularity and scarcity cues on restaurant menus”. As each element influences the others, this is a multi-faceted and complex problem. “Social crowdedness (an environmental factor) and solo consumers’ sense of power (an individual – level factor) jointly determine attitudes toward menus”, the researchers hypothesised.

In some cases, say the researchers, “individuals in a crowded environment perceive that their personal space is violated”, which encourages them to assert their individuality. But does this happen when eating alone? Based on a thorough literature review, the team concluded that for solo diners, the desire for uniqueness may co-exist with the desire for belongingness, as “two fundamental human needs”. However, they suggest that “one is more activated than the other, depending on situational and environmental cues”.

The researchers hypothesised that solo diners are more likely to feel a need for belongingness than uniqueness, making them less likely to want to stand out. This, they posited, “should lead to more favourable attitudes toward menus with popularity (vs scarcity) cues”, especially in a more crowded restaurant.

Delving deeper, the researchers hypothesised that the impact of social cues and environmental factors on solo diners is “moderated” by the diner’s sense of power. More powerful individuals “tend to focus more on themselves (vs others)”, say the researchers. Therefore, “powerful individuals should not be influenced by external cues in restaurants such as menu promotions and crowding”. Conversely, low-power individuals are likely to be “communal” and seek the relative safety and approval of a group. This, the researchers explain, “may augment their need for belongingness during solo consumption, particularly in crowded environments”.

To test their hypotheses, the researchers surveyed a diverse sample of 181 US residents aged over 18. “Crowding and promotional cues were manipulated as between-subject factors”, reports the team, “and sense of power was measured”. The participants were invited to imagine enjoying a Thai meal alone at an airport while waiting for a flight. Each was assigned one of four scenarios. The restaurant was either crowded or sparsely populated. Once seated, they were handed a menu that featured either a “limited time offer” cue or a “most popular” cue.

The questions that followed assessed the participants’ perceptions of restaurant crowdedness, sense of personal power, and attitudes towards the menu. The restaurant scenario proved to be highly relatable and realistic for the participants, who took an average of 11 minutes to complete the survey. After being asked to grade how busy the restaurant was, the participants described their sense of personal power. They were asked to agree or disagree with such statements as “In my relationships with others, I can get others to do what I want”. Finally, the fictitious guests were asked to make the all-important menu choices that would prove or disprove the researchers’ hypotheses.

Based on detailed analysis, the researchers were encouraged to find that the proposed three-way interaction between social crowdedness, promotional cues, and solo consumers’ sense of power was indeed statistically significant. “Low-power individuals exhibited more favourable attitudes toward the menu involving a popularity cue in the crowded (vs non-crowded) environment”, the researchers report. However, their attitudes towards the menu involving scarcity did not differ across crowding levels.

In practice, this suggests that solo diners who lack a sense of power will choose popular dishes that enhance their sense of belonging to a group. Powerful individuals, on the other hand, are unlikely to be influenced by either popularity cues or scarcity cues, “regardless of the crowding level”. Critically, say the researchers, the findings suggest that “solo consumers’ sense of power and promotional cues collectively predict their responses to crowding”.

This research represents a valuable addition to the literature on crowding, providing insights into the growing market of solo diners. It offers an important counterpoint to the prevailing theory that in a crowded environment, consumers invariably seek to assert their freedom. In fact, solo diners may make choices that encourage feelings of belongingness and communality – particularly if they are from a low-power group.

“Dining alone can be a daunting experience”, the researchers state. It may induce feelings of “loneliness and social exclusion”. These may prove insurmountable barriers for potential restaurant-goers, particularly individuals who lack a sense of power. Such diners may be especially reluctant to visit crowded restaurants.

To tap into this market, say the researchers, restaurants need to activate the sense of belongingness of diners with low power. They advise restaurant managers to “leverage promotional cues on a menu to enhance solo diners’ experiences”. Specifically, managers may wish to highlight popularity cues at busy times or customise menus to appeal to different types of consumer. New technologies, such as tablets, kiosks, and mobile apps, can be used to personalise menus.

In contrast, powerful solo diners tend to hold “consistently favourable attitudes” towards a menu, regardless of promotional cues or crowding levels. The researchers suggest that restaurants can “lead diners to feel that they are valued and powerful” by making changes to the physical environment or using certain words in marketing materials, such as “energy” or “power”. “Another way of inducing power”, the researchers add, “is to acknowledge solo diners’ loyalty tier in the company’s loyalty reward program”.

Eating alone should be a comfortable, fun, and rewarding experience, regardless of one’s social status or confidence. With more and more people living alone and dining alone, restaurants need to refine and personalise their offering to appeal to solo diners, capturing a share of this lucrative and socially mobile market. This pioneering research challenges several theoretical assumptions about consumer behaviour, suggesting that the urge to belong is more important to consumers than previously thought. Most importantly, the research provides a practical and inexpensive blueprint for restaurants seeking to maximise the enjoyment of solo diners. Whether you’re eating in a restaurant or managing one, these findings offer essential food for thought.

A Breath of Fresh Air for Luxury Hotels

Welcome to the Touch-Free Hotel

Drone Food Delivery is Taking Off